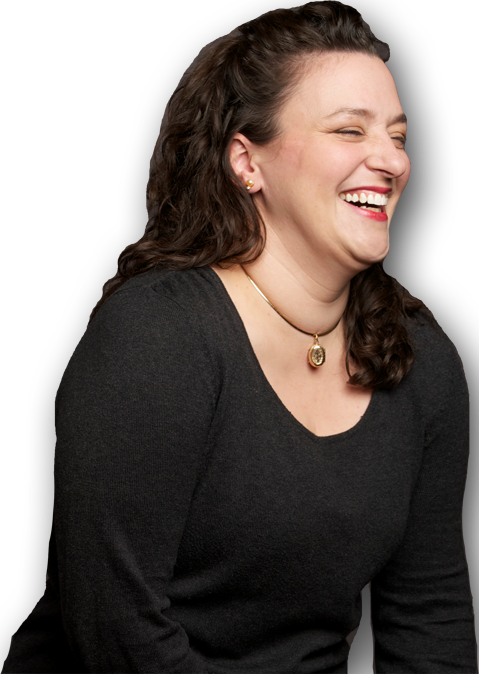 Nicole Fende, aka The Numbers Whisperer®, wrangles your wallet, tames your financial fears and delivers practical advice to boost your bottom line.

She is an actuary, an investment banker, and an accomplished air guitar player. This “How to be a Finance Rock Star” author attained CFO status before age 30! She shares her wealth of knowledge with others through her online training program, Rock Your Profits. And she has the most infectious laugh on the planet.

Join Nicole and learn how to laugh all the way to the bank.

Want more? Scroll down for all the nitty, gritty details.

Ms. Fende began her fast paced career in the actuarial field, working for Aetna Inc. based in Hartford Connecticut. Her desire to work in the international field led Nicole to a position as a regional development resource for Aetna International’s South East Asia operations. Her projects included an extensive market and product review for life insurance in India, improvement of health gross margins from negative to positive within a 12-month period, and the development of an individual life insurance product, which became 25% of new Individual Life applications in the Philippines.


At age 26 Nicole was named Vice President & CFO for Aetna Philippines, becoming the youngest CFO for the company. During her tenure at Aetna Philippines Nicole achieved a capital savings of nearly 1 million USD, implemented a cost effective reward scheme which substantially improved employee performance, and was the first non-Filipino to be accepted by the Actuarial Society of the Philippines.


After her tenure at Aetna Nicole moved to Hong Kong to work for ABN AMRO Asia Financial Services, focusing on the Banking and Insurance sectors in Asia. As an Assistant Director she played a key role in generating new business, as well as analyzing and modeling a Filipino Bank’s Asset / Liability mismatching issues. Her main project involved developing and marketing the business plan for a bancassurance joint venture between the largest bank in Indonesia, and the largest insurer in the world at that time, which has since launched successfully, exceeding plan.


Ready for new challenges, Nicole embarked on developing a practice as an independent consultant serving small business owners. She founded Small Business Finance Forum with the mission to make finance and the knowledge of profit drivers accessible to all entrepreneurs and small business owners. Since its inception, the company has offered virtual courses, one-on-one consulting, published a book (How to be a Finance Rock Star written by Ms. Fende), and delivered workshops. Nicole has assisted businesses with pricing, risk management, cash flow management, funding, and CFO services.


From the beginning, Nicole wanted Small Business Finance Forum to be a socially responsible company. To that end she has donated her time to speak at the UP Non-Profit Conference for the past three years, donates one dollar to Kiva.org for every sale of her book, volunteers her time to be a mentor through the Women Entrepreneurs of Minnesota, serves on the board of the nonprofit Books on Wings, and is currently the Chair for the Entrepreneurial Actuary Section Council.


Ms. Fende received a Bachelor of Arts in Mathematics & French (Magna Cume Laude) from Northern Michigan University in 1994. Nicole earned her Associate in the Society of Actuaries (A.S.A.) in 2000. In addition she holds the rank of first degree black belt in Cuong Nhu Martial Arts.


When she’s not teaching The Prosperity Solution™, Nicole can be found spending time with her daughter, playing board games or exploring the wilds of Minnesota.